In the drink: Tiger Woods doesn't look ready for return yet 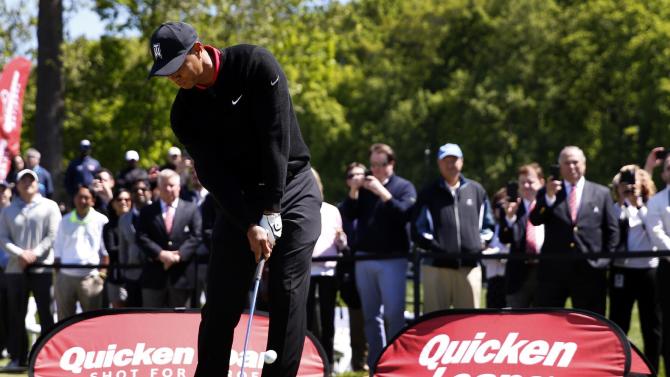 BETHESDA, Md. —  was asked several times Monday when he expects to return to competitive golf, but his best response may have been the three shots he took following a news conference at .

Woods, at the venerable course to promote his tournament to be held next month, took three swings at the 10th hole, a 102-yard shot over water.His first two shots went directly into the lake and the third landed on the slope and rolled in.

“That’s in the water,” he said after the first shot. “Boy was that stiff. Holy cow.”

Woods, 40, hasn’t played since August as he recovers from back surgery. He said he has been playing more at home and hopes to play this summer but isn’t sure when he will be ready.

“See I need warmups,” he said after the final shot.