Tiger Woods is getting very, very close — to what remains uncertain 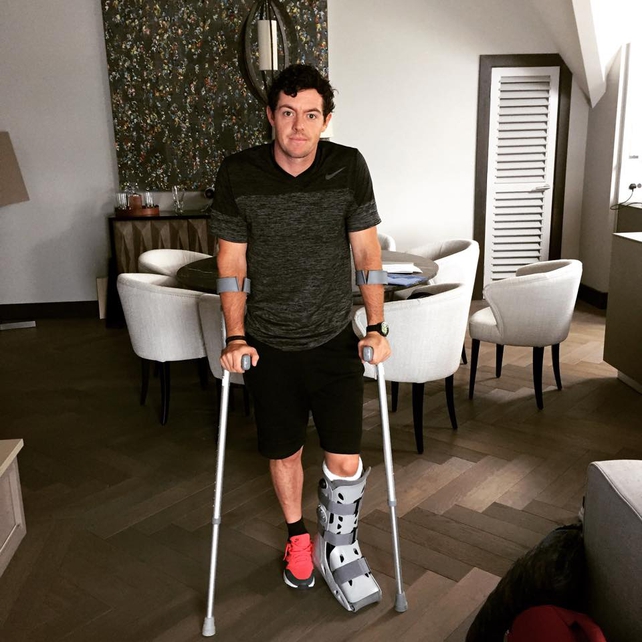 Woods, 39, is said to be dating Amanda Boyd, 27, Jason Dufner's ex-wife
Pair began seeing each other after they 'flirted' on the tour circuit
They are said to have developed a 'serious relationship' since
Flew her from Alabama to Seattle as he prepared for last month's US Open
Woods' agent Mark Steinberg says the allegations are a 'complete lie'
Boyd and Dufner divorced in April after a 'breakdown' of the marriage
Daily Mail Online revealed Vonn dumped Woods because he cheated on her

In an e-mail to FOX411 he said the accusations were fabricated and false.
They have allegedly been together for several months, and a source told the magazine it is now 'serious'.
Daily Mail Online revealed in May that Olympic skier Vonn broke up with the former World Number One because she had caught him cheating.
She posted on Facebook the explanation that 'both lead incredibly hectic lives that force us to spend a majority of our time apart.'

But friends said Woods had a 'relapse in the sex department' and Vonn found out he had been with other women.
Dufner, 38, and Boyd married in May 2012. He won the major in 2013 but has since struggled with back problems.
According to divorce papers filed on March 16, Amanda and Jason suffered an 'irretrievable breakdown of the marriage'.
They separated on February 17 due to a 'complete incompatibility of temperament'.
A source told the Enquirer that Boyd is considered a 'flirt' among Dufner's colleagues on the PGA tour and, even though her ex-husband didn't seen Woods as a close pal, he considered him a 'trusted colleague'.
They have both played on the same U.S. Ryder Cup team.

'When Tiger realized he was seen, he became concerned and eventually he decided to confess to Lindsey. Something he didn't do with Elin. He came clean and I give him credit for that.
'Yes, Tiger cheated again. But it wasn't with anyone special. He really wanted Lindsey to be the one. But he blew it again. He can't help himself. He's got an addiction. He relapsed,' says the friend.
'Knowing Tiger, he doesn't even see it as cheating because there's no romance or feeling there. It's just a stress reliever, like a high-ball or two after a bad day.'
The friend told the Daily Mail Online that despite pleas from peers and relatives to keep going to his self-mandated therapy sessions, Tiger stopped going completely -- leading to the alleged 'one-time slip'.